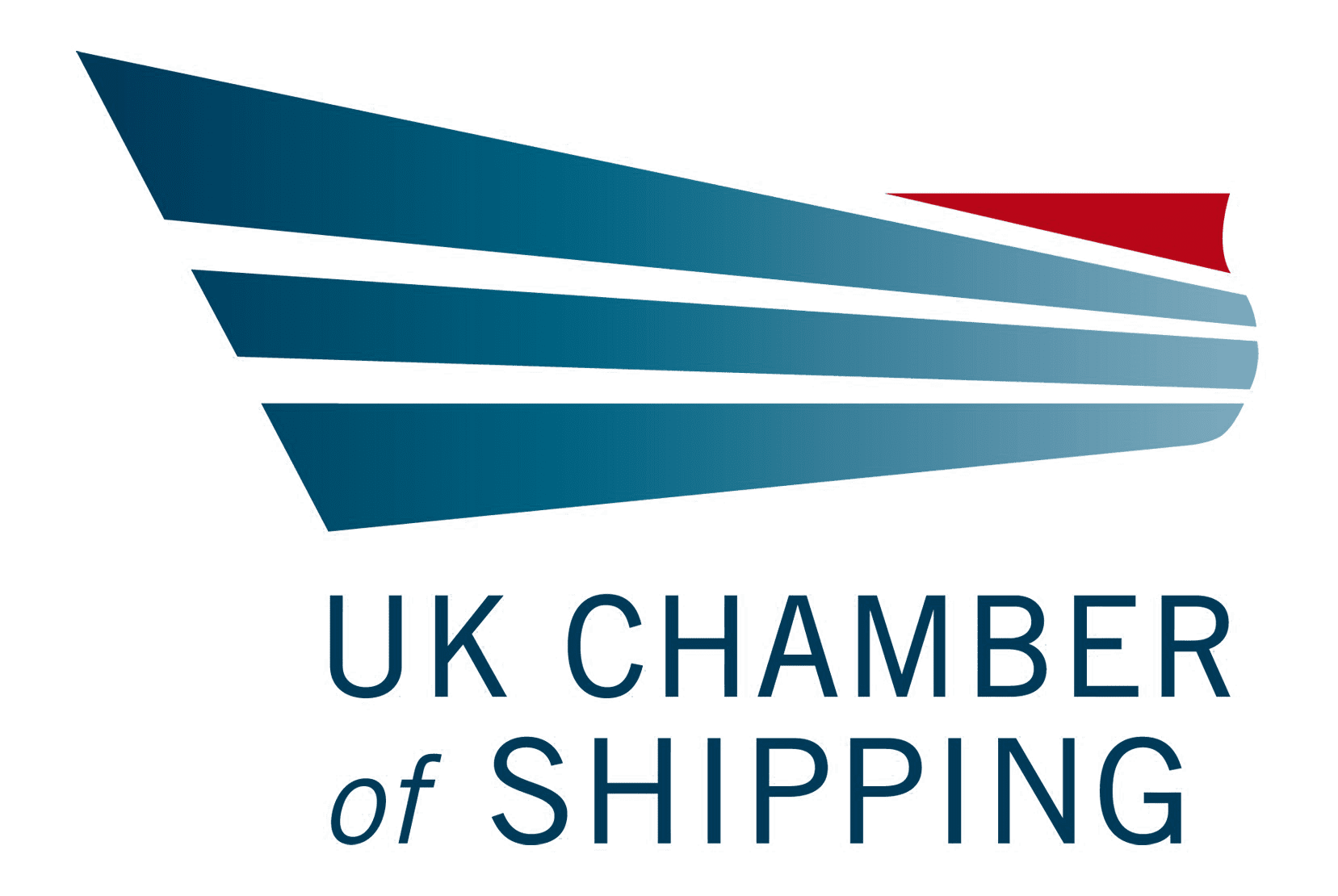 Twelve months ago when our last Journal was produced no one could have predicted the global impact a then little-known disease called Covid-19 would have on us all.

It has been an unprecedented year, one like no other in living memory. No part of society has been untouched by this disease and it has had devastating consequences for so many people, businesses and industries around the world.

When the impact of the disease became apparent, I was incredibly proud of the speed and flexibility shown by all of those at the Chamber to support our membership. We moved to remote working and quickly established a set of online events culminating in our hugely successful Virtual Conference.

The Chamber has always existed to protect and promote the interests of the UK shipping industry, and we demonstrated those qualities in abundance in the last year.

The shipping industry and seafarers around the world have played a key role during the coronavirus. The men and women aboard ships have kept Britain supplied with the food, medicines and goods we have needed throughout the pandemic. Freight has continued to flow into the country because of our shipping and maritime key workers and they should receive a great deal of thanks for the role they have played.

In normal times, this work often goes unseen and the general public don’t have to think about where their food comes from. But this crisis has focussed many people’s minds on what is important.

Ships, and the supply chains they support, have been critical and those working in the sector have done a terrific job over the last year in such trying circumstances.

But as trade has continued to flow into the country, there has been a humanitarian crisis at sea. At one point there were over 400,000 seafarers stuck on ships around the world. Crew changes could not take place and some seafarers spent over 18 months working without being able to leave their ship.

This situation was, and is, unacceptable. Seafarers are key workers and should be treated as such. In May last year we urged the UK Government to become the first in the world to officially adopt new measures to ensure crew changes could take place and to follow that up we wrote to the Prime Minister demanding the UK lead the world and organise an international Crew Change summit.

The government heeded our advice and the Shipping Minister convened a summit attended by representatives from the IMO, ICS and governments from around the world to discuss how countries can open up their borders so crew changes can take place. Although the crew change crisis is still far from over, I am proud of the role the Chamber played in raising the profile of this critical issue.

At the beginning of the pandemic one of our key priorities was ensuring Britain had the food, medicines and goods we need, and the Chamber pressed the government to ensure ferry companies were supported. In April the UK government announced a multi-million pound support package for ferry operators and certain routes before almost any other financial support had been made for other industries and it really isn’t too much to say that the Chamber played a pivotal role in keeping Britain supplied.

Covid has also impacted our future seafarers and I have been incredibly proud of the work the Merchant Navy Training Board has done supporting our cadets in training to ensure those affected by the Covid restrictions were able to continue their education despite the challenges. Our request for a 26-week extension to SMarT funding was agreed by Government and was welcomed by sponsoring companies as they pulled out all the stops to support their cadets.

Understandably, Covid has dominated much of our work over the past 12 months. But we have also worked tirelessly on issues like decarbonisation and EU exit.

I have always been clear that the shipping industry needs to do all we can to reduce our emissions. In 2019 we called for a Green Industrial Revolution and in November the UK government included the shipping and maritime sector within its green ten-point plan. This was a major step forward but we know there is more to be done. Extra funding will be required to make the UK a world leader in green maritime technology.

We hope the COP26 Climate Change conference can take place this year in Glasgow. It provides the UK with an opportunity to set the agenda on decarbonisation and focus the minds of countries around the world. Covid has understandably dominated much of the policy discourse over the last 12 months, but we must continue to do all we can to reduce not only shipping’s emissions, but those from other sectors as well.

At the end of 2020 we were pleased to see the UK government agree a deal with the EU which delivers on the their key objectives identified at the outset of the negotiations while for the EU it represents a fair and balanced agreement which will enable us to move on from Brexit. As we look forward to the year ahead of us we will be working tirelessly with the government on new trade deals with the USA, Australia and other nations to ensure shipping and the maritime sector are well placed to take advantage of the opportunities these deals present us.

Membership bodies are here to support in the good times and step up during the tough times. This has been an incredibly difficult year for all involved in our industry, but we have faced the challenge with determination and seized upon the opportunities. Our policy experts have delivered for our members time and time again; our communications team has raised the profile of the Chamber and the sector as a whole; and our business development and events team has delivered an extraordinary amount of high-quality online events.

Over the next year the team will continue to work with our membership to ensure UK shipping continues to go from strength to strength. 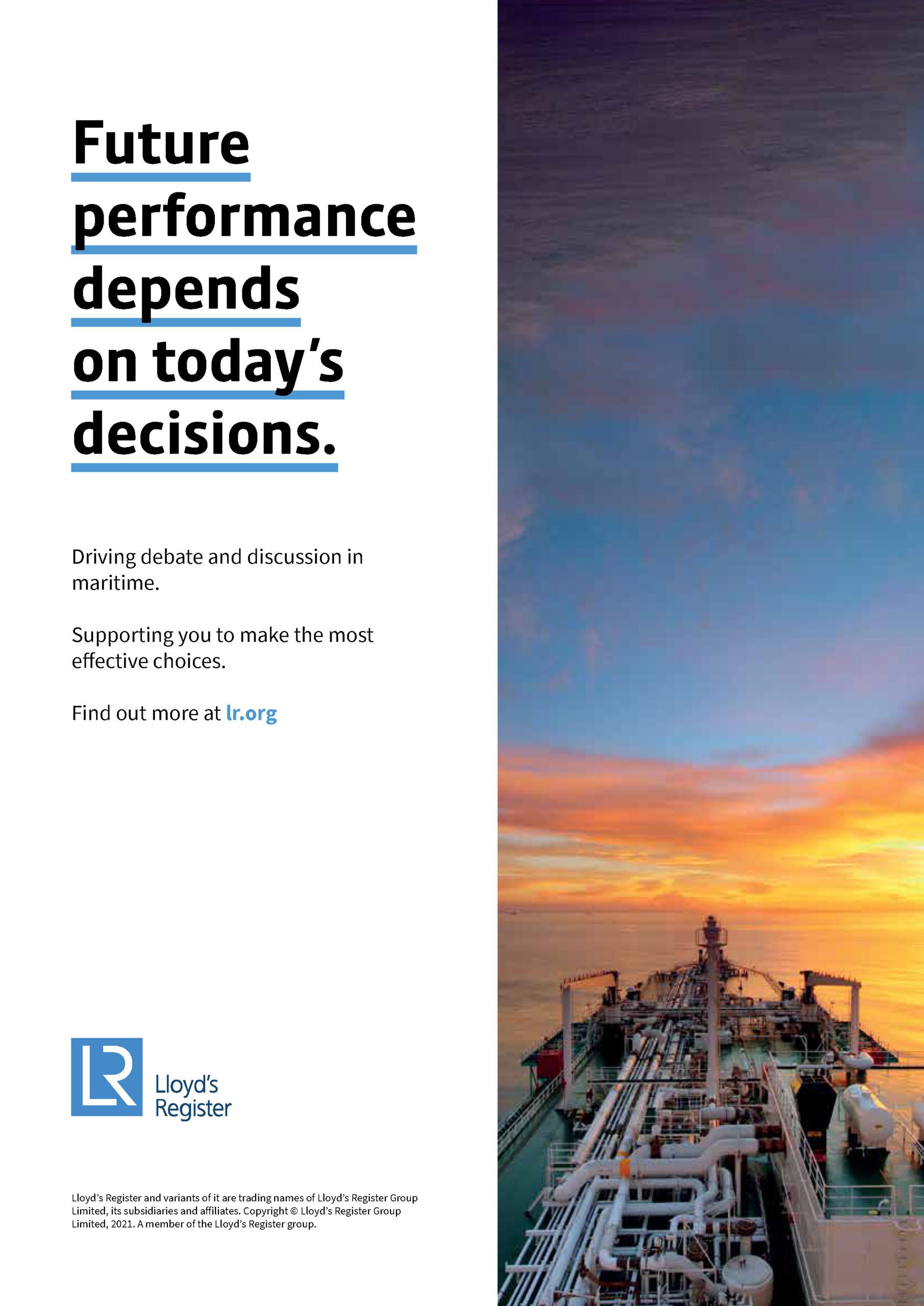 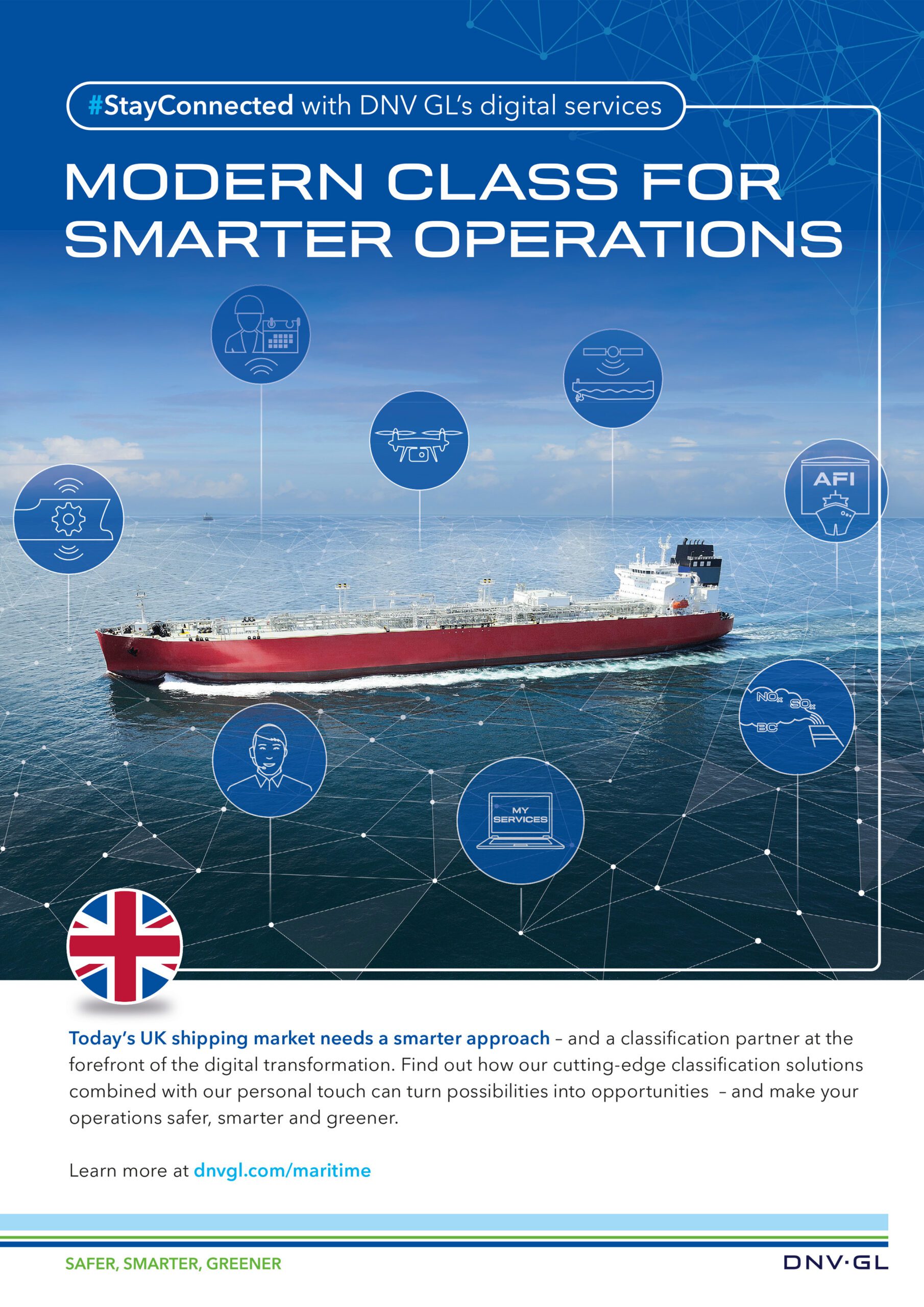